Differences between tig and fillet brazed

I will try to shed some light on this subject which is too often underestimated and misunderstood: what is the difference between a racing bike or MTB frame in tig welded steel and the same welded in fillet brazed?

Without going too far and making too technical speeches that the "common mortal" like me would not understand, I will try to explain in the simplest possible way putting myself in the shoes of a very common person who wants an answer as simple and exhaustive as possible. 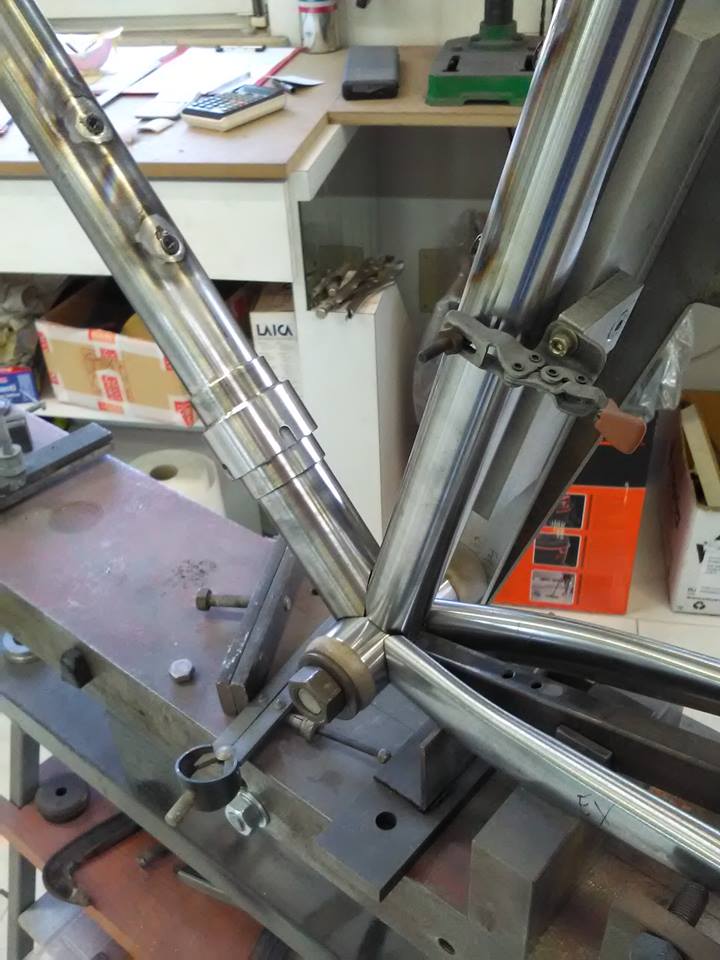 The difference is enormous and substantially is that the tig melts the metals to be joined, while the fillet brazed "glues" them with the contribution of a metal alloy with a lower melting point.

After saying this, the passionate cyclist's question arises: Which of the three is the best method?

Let's analyze the different methods and draw conclusions. Today the new steel alloys have exceptional breaking loads and therefore the companies that produce pipes for cycling use can make pipes with very thin thicknesses, less than half a millimeter and through suitable heat treatments they can resist high stresses in a span of time. very long (something unthinkable with aluminum or carbon frames).

The tig as we said must melt the metals to join them therefore it brings the temperature above 1450 ° C and in part alters the balance of the metal and theoretically weakens it, in fact on all frames welded with tig, regardless of the type of material (aluminum , steel, titanium) breakages occur just after the weld seam. 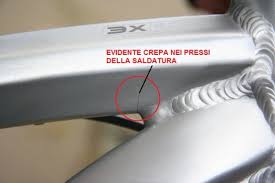 frame breakage due to tig welding

Being a "bonding" the fillet brazed does not melt the metals to be joined therefore it does not alter the balance or at least does it to a much lesser extent, this depends on the type of alloy / material used to join the pipes.

Few craftsmen use alloys with 50-60% silver and their method advertise it with the wording "Silver Fillet Brazed".

I conclude with the pros and cons. 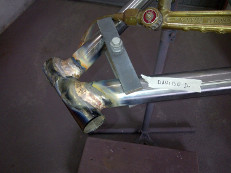 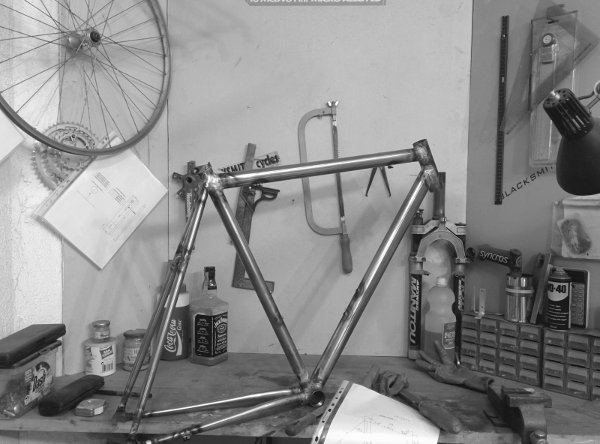 Pro: stiffer than the tig, it does not alter the balance of the pipes, pleasant to look at (it looks like a monocoque), freedom of geometries such as the tig. 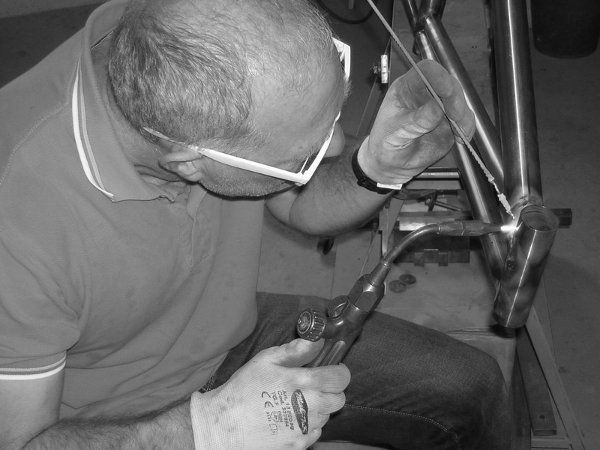 More in this category: « Book now your bicycle.. spring is coming! Dismountable Bicycle Touring Frame »
back to top